Divorce has been identified as second in the top ten most stressful life events, often creating a wide array of unbridled emotions and irrational actions by divorcing parties, necessitating the resources of an objective legal support system at Zachary Law Group. The ability of impartial and reasonable Summerplace Green AZ family lawyers to calm fears associated with marital and family upheaval is necessary to accomplish a fresh start for families as they move forward. Family law attorneys represent parties in court when there are contested matters involving divorce, child custody, child support, property division, alimony, or spousal support, and difficulties involving a state’s criminal department for domestic violence incidents.

Along with planned divorce actions, Summerplace Green AZ divorce attorneys at the Zachary Law Group can prepare and submit emergency pleadings to the court for spouses and/or children to maintain stability until a divorce can be finalized. Arizona filing requirements include: 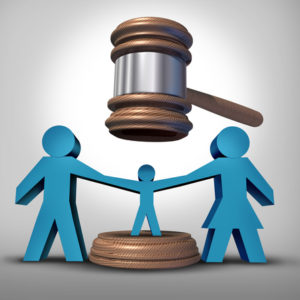 When minor children are involved in the divorce process, action is required to establish who the child will live with, or if the child’s time will be shared among both parents. Summerplace Green AZ custody lawyers can explain Summerplace Green custody laws to clients, as they pertain to both parents’ legal responsibility to the children. Battles involving child custody are best addressed with an experienced attorney, because the outcomes can be devastating for families.

Summerplace Green custody lawyers can assist with addressing questions, concerns and preparation of appropriate court documents for child custody. It is usually best to make a comprehensive time-sharing agreement that is agreed upon by both parents and file it with the court.  If one parent is not adhering to the agreed-upon plan, it may be best to hire Summerplace Green child custody lawyers who can file a formal order to request changes for custody.  The attorneys at Zachary Law Group may be needed to effectuate the changes with Arizona court approval, because any timesharing agreement, or custody modification has no legal effect unless ordered by the presiding court judge.

Summerplace Green AZ child support guidelines are based on the Income Shares Model for calculating child support. The monthly support amount determined by applying the guidelines is divided proportionally according to each parent’s income. These two support amounts are then offset to establish which parent will pay the other parent for support of the child. All income is typically verified by examining past W-2’s. The amount of funding that is required to maintain a healthy standard of living for the minor children to the divorce action is the hopeful outcome to cover expenses incurred for raising a minor child to the age of majority unless there are special circumstances which child support attorneys can address. 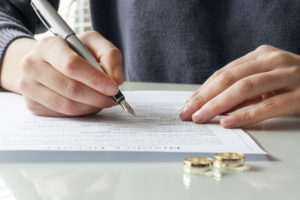 A comprehensive marriage settlement agreement addressing all important facets of a failed marriage may increase the ability to maintain a stable family future where divorcing spouses do not harbor resentment, so it is important to seek assistance from the Zachary Law Group.  Experienced divorce lawyers in Summerplace Green Arizona will utilize their legal skill to draft an agreement that addresses financial stability for their clients, while adhering to all pertinent financial, business, real estate, and tax laws of the state where the divorce is filed.

The Zachary Law Group provides seasoned guidance and personal assistance with legal problems related to a tenuous family situation.  Call the office to schedule a consultation with an experienced family law attorney in Summerplace Green Arizona, who may be able to diffuse volatile situations and alleviate stress for family members undergoing significant changes that may alter the course of their individual lives and that of their children.