If you and your ex are getting divorced or separated and you have children, one of the most important decisions you and your former partner will have to make involves child custody. Child custody decisions can impact all aspects of your life. These decisions can determine where your child will live, who has the right to make decisions on behalf of the child, and how visitation arrangements will be made.

Child custody decisions can be the most difficult aspect of your divorce or separation. The Zachary Law Group are child custody attorneys in Gilbert, Arizona who work with families to help them develop a parenting plan that meets their needs. Our firm offers compassionate and caring counsel to families negotiating challenging custody decisions.

How are Child Custody Decisions Made in Arizona?

In general, the courts support child custody arrangements in which both parents are granted time to spend with their children. Of course, there are important exceptions to this rule, such as a situation in which a child might be physically or emotionally endangered by one of the parents. In most cases, the courts don’t tend to look favorably upon parents who try to deny the other parent the right to spend time with their children. However, when parents divorce or separate, the court may be asked to make decisions about child custody. How do the courts make these determinations when there is a dispute or when parents cannot agree about custody outside of court?

When parents cannot agree on where a child will legally reside, the courts make decisions about child custody based on the “best interests of the child standard.” According to the Arizona State Senate, in the case of disagreements between both parents, each parent will be required to submit a parenting plan to the court. The hope is that the parents can agree to some aspects of the parenting plan. However, where the parents disagree, the court may be asked to make a decision. What factors does the court consider when making parenting plan determinations? Here are some:

While the courts try to maintain some consistency when making decisions, ultimately the decision will rest upon a judge’s choices. However, you don’t have to let a judge make a child custody decision for you. It is possible to draft a single parenting plan between both parents that can be signed by both parties. If the plan is accepted by the court, then a judge won’t have to intervene or make decisions regarding child custody or parenting time. Overall, when parents can agree to a parenting plan outside of court, this is best for all parties involved.

If you are facing a child custody decision that will impact your family, you may want to speak to a custody attorney like the Zachary Law Group in Gilbert, Arizona. In general, it is often best when parents are able to resolve their differences through mediation or outside of court. When parents can develop a parenting plan that works, they don’t run the risk that a judge will make a decision that neither parent wants. Contact the Zachary Law Group today.

What Factors Should Be Considered in a Parenting Plan?

When one household becomes two, parents need to consider the practical challenges that co-parenting will entail. Some of the factors that a parenting plan can address include logistical concerns, such as how children will be transported between households and how children can maintain contact with the other parent while in the other parent’s home. 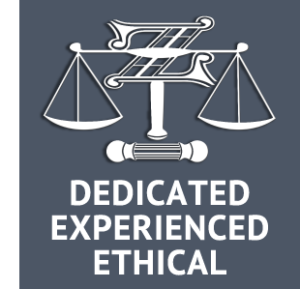 What are some factors you should consider in your parenting plan? First of all, consider the logistics of sharing parenting time or the logistics of shared custody. It may take time to travel between two different households. How often will the children be moved between households? How will pick up and drop offs be arranged? If your divorce is contentious, it may be wise to schedule neutral drop-off or pick-up locations, such a child’s school or other after school activity.

If you have questions about child custody, it can be helpful to have a qualified child custody attorney in Gilbert, Arizona on your side. The Zachary Law Group offers caring and compassionate counsel to families facing the tough questions that custody decisions raise. We are here to help.